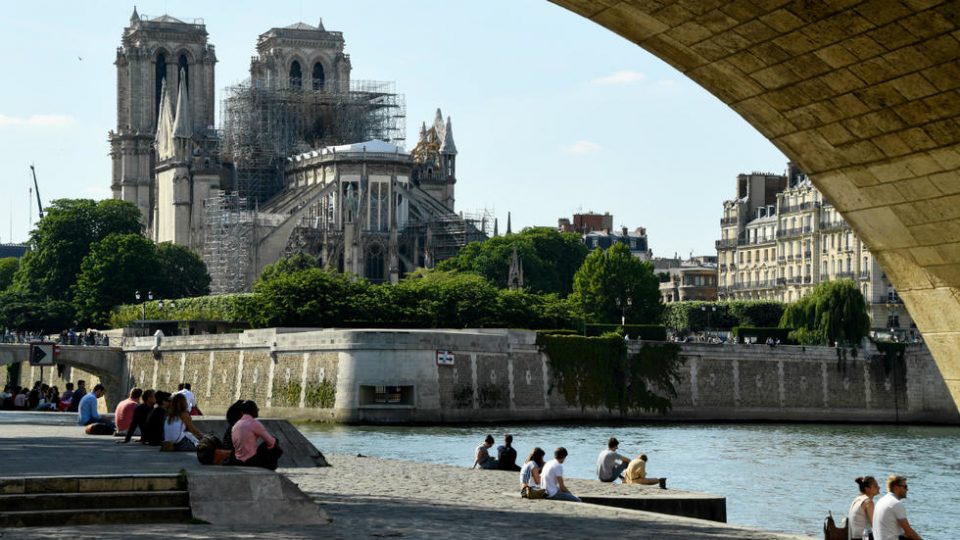 The story surrounding Notre Dame Cathedral continues to be a dramatic one, with the French government still debating the way in which the most visited monument in Europe should be rebuilt. The cultural commission of The National Assembly met recently to discuss the renovation project for the cathedral, and there has been a dramatic argument where the leader of the project, General Jean-Louis Georgelin, has suggested that Philippe Villeneuve (the chief architect of the rebuild) should “just shut his big mouth.”

There is a genuine feeling of animosity between the pair, going all the way back to a disagreement over which direction the restoration project should take. Since the fire in April there has been $1 billion designated to the restoration, and the fire is still under official investigation as to the reasons why the fire started in the first place. At the time, the world’s news cameras were on the cathedral 24-hours a day, as the timber and lead spire from the 19th century was completely destroyed, and the medieval wooden roof severely damaged.

President Macron announced that a contemporary replacement would be chosen from an international design competition, but plans remain unconfirmed, despite the fact that a bill was passed in May that ruled that the restoration must maintain the integrity of the original design. One of the chief points of contention between the commission and the lead architect for the project is the spire.

Villeneuve, as chief architect, has been very clear about his opposition to any completely brand-new ideas for the reconstruction. Instead, he wants to complete a reconstruction that is identical to the original, saying to RTL radio station recently:

“I will restore it identically and it will be me, or they will build a modern spire and it won’t be me.”

Villeneuve invoked the 1964 Venice Charter. The charter states that historic buildings that require restoration should retain the original architecture and hold the same historic value as it once did. 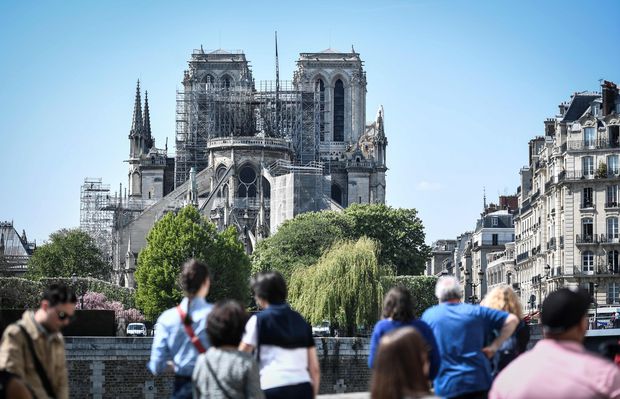 In opposition to this is General Georgelin, aiming to complete the ambitious project prior to the summer of 2024 when Paris is due to host the Olympic Games. He told The Art Newspaper that he promised to “move ahead in wisdom so that we can serenely make the best choice for Notre Dame, for Paris, for the world.”

For the time being there is no way to definitively move forward with this, as the structure of the entire cathedral must be first fully stabilised before any cosmetic changes or structural restoration can take place with the roof and the spire. The burnt scaffolding still sits in place (it has been erected to conduct renovation work prior to the fire), and must be dismantled too before any further work can take place in terms of reconstruction.

It is certainly an interesting conundrum over which architectural direction to take the reconstruction of one of the most iconic and well-known buildings in the entire world. There will always be arguments for and against both sides, with some people wanting to see an exact replica of the original, and others deeming it a clean slate to produce a brand-new Notre Dame that can be a beacon for a brave new world and positive, modern France.

3 Home Improvement Projects to Boost the Value of your Property

5 Important Points to Be Considered For Green Architecture

Contemplation of the Concept Of Interior Designing

Contemplation of the Concept Of Interior Designing