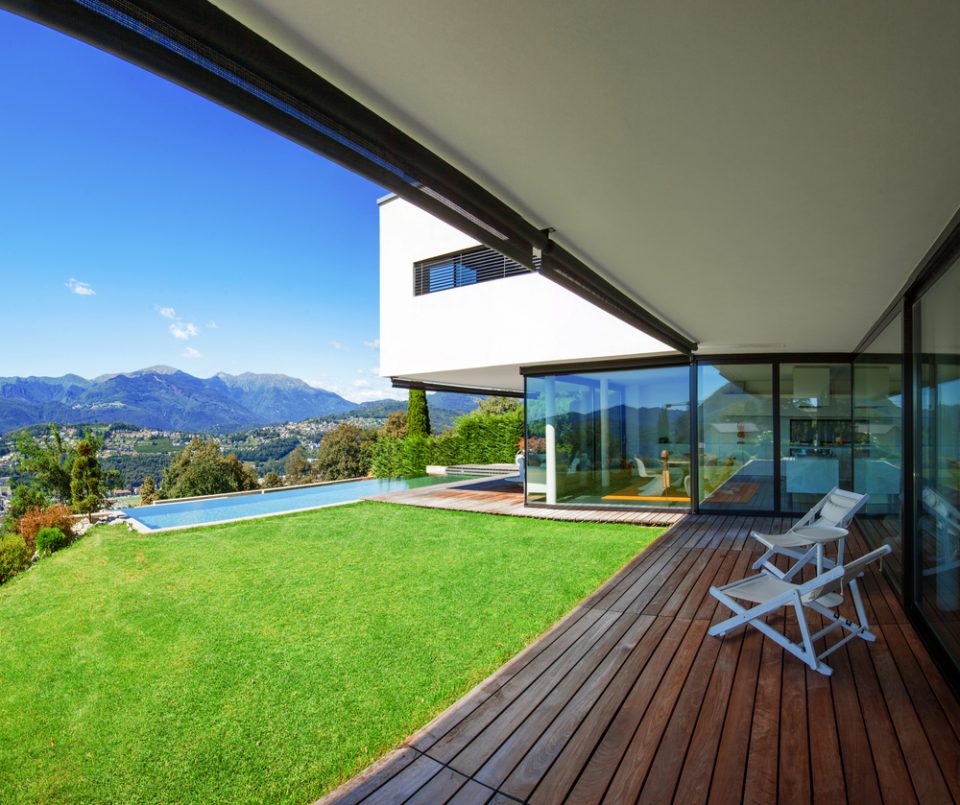 The words ‘modern’ and ‘contemporary’ are synonymous in 2021 vernacular. And in most cases, they can be used interchangeably. But there is at least one context in which the two words are unique and distinct. That context is architecture. Modern and contemporary architecture are not the same thing.

Architecture is fascinating in the sense that movements come and go within its midst. Modern architecture, known more formally as modernism among its practitioners, was a movement that began in the late 19th century and carried through to the mid-20th century. Some architects still practice modernism today.

Modern architecture is recognized by the National Trust for Historic Preservation as architecture that emphasizes “form rather than ornament; structure and materials rather than picturesque constructions; and the rational and efficient use of space.” Though it was birthed in late 19th century Europe, modernism didn’t really catch on in the U.S. until the 1930s.

Its two most recognizable features are straight lines and its emphasis on building materials such as glass, concrete, and steel. Modernism eschews ornamentation in favor of functional space that is maximized by the form around it. That form is designed with efficiency at its core.

Minimalism is another characteristic of modernism. Modernist architects do not tend to put a lot of stock in complex shapes and busy interior designs. They like plain and simple; straight and symmetrical. As such, they tend to be very fond of boxes and rectangles. A rectangular concrete building with plenty of floor-to-ceiling windows is a modern architect’s dream come true.

Contemporary architecture can be modern under the right conditions. In fact, the two overlap quite a bit at the current time. For all intents and purposes, contemporary architecture is nothing more than design which seeks to maximize what is most popular in the moment. Right now, modernism’s clean lines and minimalist focus is appealing.

What you most notice about contemporary architecture is that it doesn’t lean too heavily on the past. It also doesn’t seek to create the future. It combines the best of what people love about multiple architectural movements with current design trends.

Drawing a distinction between modernism and contemporary architecture is pretty straightforward. But there are other types of ‘modern’ design that muddy the waters. Take mountain modern architecture. Park City, Utah architectural firm Sparano + Mooney specializes in it.

Mountain modern is modern in the sense that function is particularly important. Form is preferred over ornamentation. And yet, mountain modern architecture is distinctly different in that it seeks to incorporate what people most appreciate about mountain environments: the natural surroundings, splendid views, etc.

Materials are important. They are just as important to mountain modern as they are to true modernism. Material choices tend to be sourced locally whenever possible. They are also chosen based on their ability to blend in with the surrounding environment. That’s why you’ll see plenty of wood and stone in mountain modern buildings.

As you can see, words like ‘modern’ are not just words when it comes to architecture. They have very specific meanings that may or may not line up with their current definitions. This explains why modern and contemporary architecture are not the same, and neither one is anything like mountain modern.

Helpful Tips to Remember when Installing a New Fence

5 Benefits of Using Wood as a Framing Material